Its been fast, responsive, I haven't had any significant app crashes ex: Asus ZenWatch 2 running Android Wear 1. Archos Titanium 80 tablet running Android 4. Most of the time it seems to take a long time for apps to launch.

Many of those times the apps become unresponsive. Its wifi connection speed is much slower and takes longer to connect than the wifi with all of my other devices. Granted I don't Sager NP9750 TV Tuner a way to speed test the ZenWatch's wifi.

What size Tablet PC would you prefer? The Titanium 80 has a Sager NP9750 TV Tuner pixel resolution, but I'm looking for my new tablet to have a higher resolution I'm thinking x at least. My current feeling is the higher the PPI the better. With the Titanium 80 the first thing I noticed about it when I opened and started using it was the honeycomb hexagonal pattern on the screen. Over time I got used to it somewhatbut I think the less pixelization and jaggedness I notice the better.

Which country do you intent to purchase from [where do you live]? Do you have any preferences to brand loyalty or dislikes?

There aren't any brands I dislike, but if I'm ruling anyone out it would be Apple. How many hours battery life do you require?

No specific amount required. I'm mainly going to use the device when at home. I don't plan on taking it out and about too often. With my current job I wouldn't be taking it to work. However that's not to say if I got a different type of job in the future, and I was permitted to have the device at work that I wouldn't take it there Sager NP9750 TV Tuner to use during breaks, etc.

As I'm not planning to take it out of the house I don't mind plugging it in or have any trouble charging it every so often. What will be the primary usage scenario of this tablet? I currently go to my notebook Sager NP9750 TV Tuner is connected to my TV via HDMI when I want to watch videos, but I'd like to be able to do it without any issues on the new tablet as well. Do you have an OS preference?

Considering a move to a laptop full time, any advice?

For example, do you own an iPhone and a Mac, or are you a Windows fan? Do you own an Android device and use Google services frequently?

I'm fine with either Android or Windows as I have devices that use both those OS, and I'm familiar with how both work. Once again I'm not a fan of Apple's i-stuff, and am not interested in investing in any of the software in their i-store which wouldn't work on anything else if I ever decided to abandon their device s. What software and tasks do you intend to run? I don't plan to do any word processing I can use my notebook for thatI've done a bit of Photoshop and Paint in Sager NP9750 TV Tuner past, Sager NP9750 TV Tuner still use Paint to a small degree on the notebook, but I don't think it would be very easy or friendly to try to do with fingers on a touch screen.

I also Sager NP9750 TV Tuner to do a little 3d animation, but I don't plan to Sager NP9750 TV Tuner doing any of that from the tablet. Do you intend on playing Games? If so please list. I don't play games much any longer, and I'd probably use the notebook for that if I did desire to play them in the future. That being said I don't see any harm in the system being capable of play games to some extent. 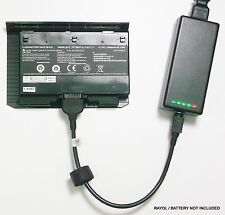 Usually the more capable a system is of playing games the better it will be at playing back video as well since they rely on the same components in many Sager NP9750 TV Tuner. Would you like to stream content through your home theater system?

Stream though my home theater system? Any preference on screen Sager NP9750 TV Tuner As previously noted I think I'd prefer a screen resolution of x or x at minimum. Does anyone have any information regarding the TV Tuner that comes with the NP? (Specifically from ). What  NP / Cleveo K issues.