A similar comparison Canon EOS-1D Mark III to the previous. Since low light photography often involves tungsten lights, I wanted a comparison under this lighting condition. The above set of samples were shot under a bare 60w tungsten light bulb and a custom white balance was used - just as I'd shoot in the same real world conditions. Again, sharpening was set to "1" and the Picture Style was set to neutral. 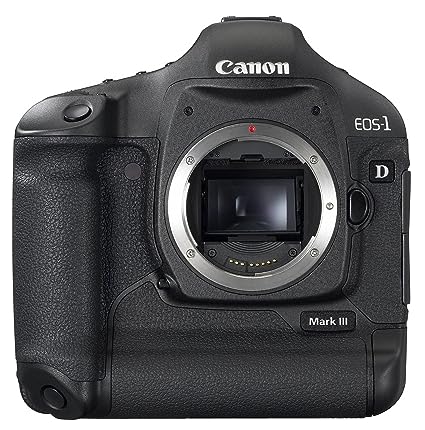 The most notable difference in the sample comparison comes at the upper end of the ISO range. But it does not Canon EOS-1D Mark III there, this noise advantage is also present in lower ISO shots - especially in shadows when boosting RAW exposure values during post processing.

These files are capable of taking large amounts of post-processing adjustment. Also noticeable above is that the 1D III blocks are slightly deeper in color.

Overall, Canon EOS-1D Mark III 1D III renders colors more richly - a very positive change in my opinion. In some of the comparisons I shot, the roll-off to blown is a more-smooth transition as well. Here is the HTP feature description directly from the manual: The gradation between the grays and highlights becomes smoother.

It becomes much harder to blow the whites solid , RGB values. However, it reduces the brightness of the highlights slightly. If you can hold the highlights with HTP set off, you will get crisper images. Highlight Tone Priority will appeal to some photographers and circumstances Canon EOS-1D Mark III especially at weddings where highly reflective white wedding gowns show up next to black tuxes with great regularity. Safety Shift is another new feature designed to keep exposures correct.

ISO speed safety shift is provided via C. Made obvious by the lonesome ISO noise sample blocks on the right in the above comparisons, ISO is now available though noisy.

ISO 50 remains available as well. What is responsible for the improved image quality? I'll let Canon address this one But the gap between microlenses has been reduced to 0. This has been achieved largely through improvements in the camera's firmware. This is a contributing factor in the camera's smoother shadow gradations, though not the only factor. Unfortunately, the number of pixels remains the same -The maximum brightness is adjustable over 7 levels to about 1. The new display will make it easier Canon EOS-1D Mark III sell pictures right from the camera - or share the results with a client. I rely heavily on my histogram when shooting. Unfortunately, I can't see the edges of the luminosity histogram in bright sunshine.

I can see the shape of the histogram, but Canon EOS-1D Mark III can't tell where I am within the graph boundaries. The fix for this problem seems very simple - illuminate the boundary edges maybe in red or the background of the graph. Hopefully a firmware update will attend to this issue. A nice feature is that both luminous and RGB histograms can be displayed simultaneously. Something I don't like is that the 1D III does not remember separate last-used settings for after-shot image review and image playback. I like the image review to show me the histogram and the image playback to show me the full screen image as my 1Ds II is capable of. The 1D III only remembers a single setting. The other firmware v1.

The entire electronic system is totally re-designed, giving the camera its incredible combination of speed and image quality. Digital noise is significantly reduced in shadow areas, and color reproduction is superior. 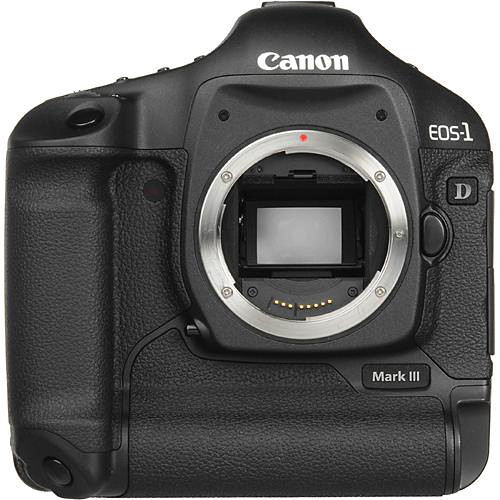